Today I'm blogging about riding a new-to-me greenbelt path, as part of the New Territory section of the LGRAB Summer Games, which end tomorrow! That went by fast.

I set out by myself on Mary Poppins tonight at about 9pm, when the sun is low in the sky and the light is gorgeous. Wish I had a better camera. Me and my shadow.
My goal was to take a quick look at a nearby, long, paved multiuse path that winds east-west through parkland in several neighborhoods, dips into a ravine park that you would swear isn't part of a city (which I have walked previously), and appears to connect with the river valley park path network (Part of it appears on this walking map (PDF) marked in yellow). Unfortunately I didn't have time to explore more than a short section in the middle today - but I'm sure it'll be part of many future posts. 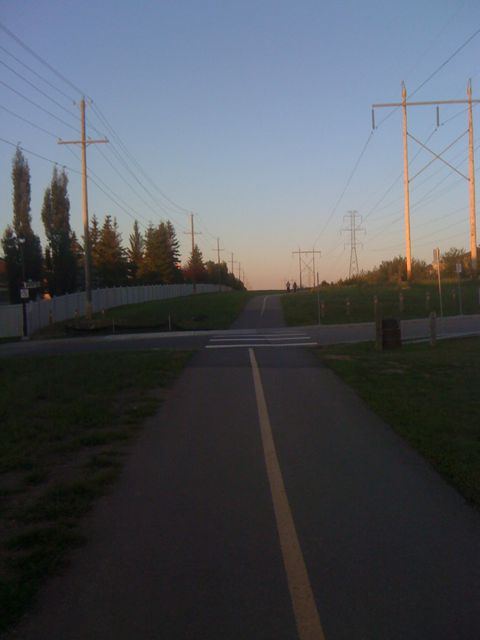 The view east toward the ravine at the point where I accessed the path. 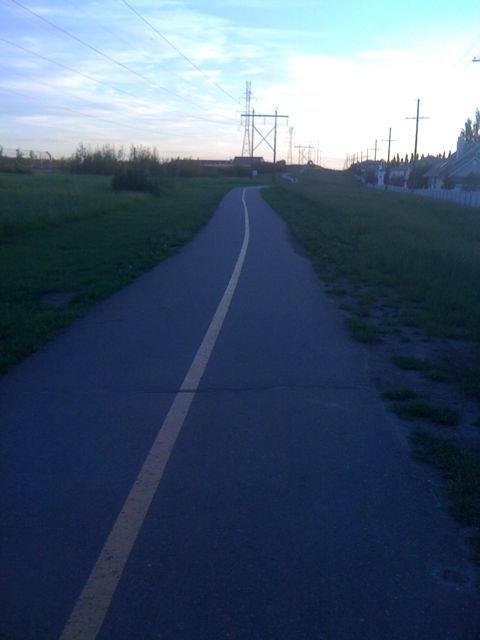 The view west toward the river at the point where I accessed the path.
As you can see, it actually runs through a power line right-of-way, which is an innovative way to create public use for land that in some parts of North America is left fallow, or is sprayed occasionally with herbicides to prevent trees from growing (for 'safety reasons'). They may not be able to plant large trees in this area, but I think the understated grassland approach they've taken to the landscaping is lovely and ecologically appropriate (No sign of herbicide use that I saw.). I found this article (dated 2003) that outlines some safety risks to be aware of in travelling on such paths, which is refreshingly balanced on the EMF issue. 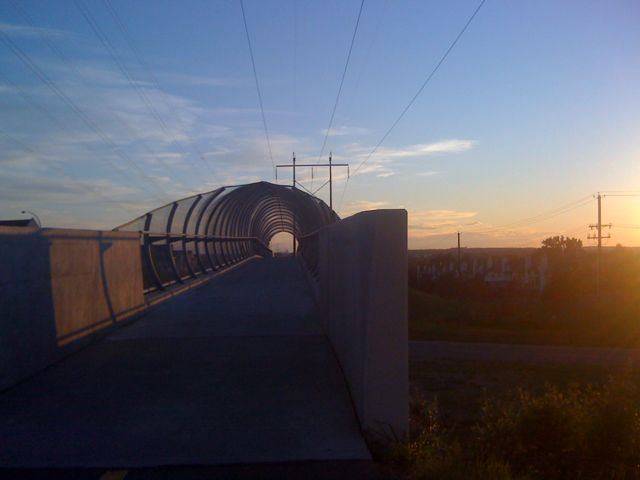 This pedestrian bridge over Terwillegar Drive has won awards for its innovative architecture. 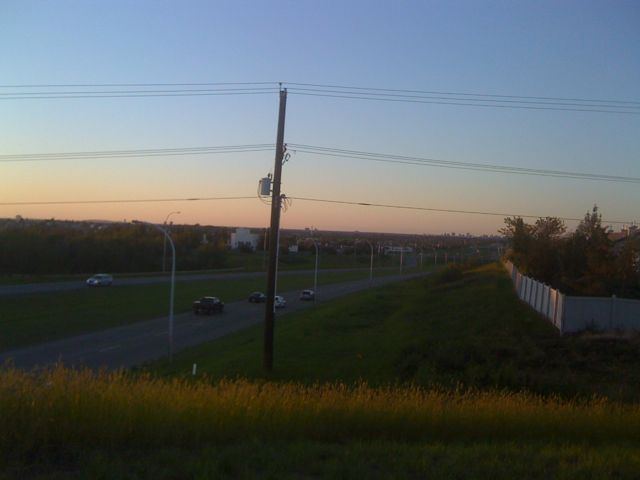 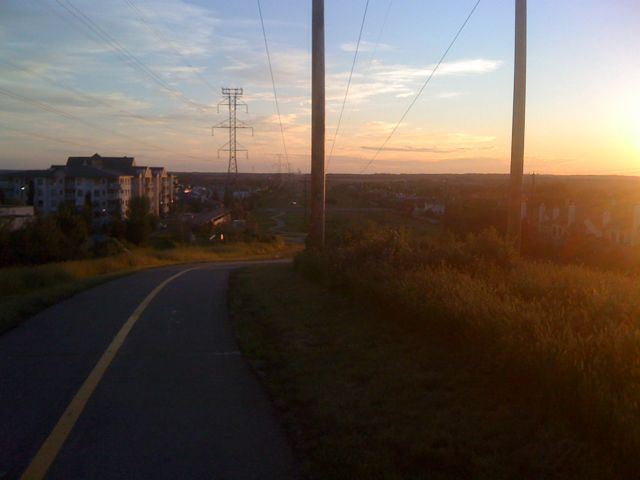 The view toward the river from the other end of the pedestrian overpass.
The plan was apparently for this path to connect with a pedestrian bridge over the river (under the North Saskatchewan River Bridge on the Henday) and Cameron Heights, but I'm not sure if that work has been completed yet. 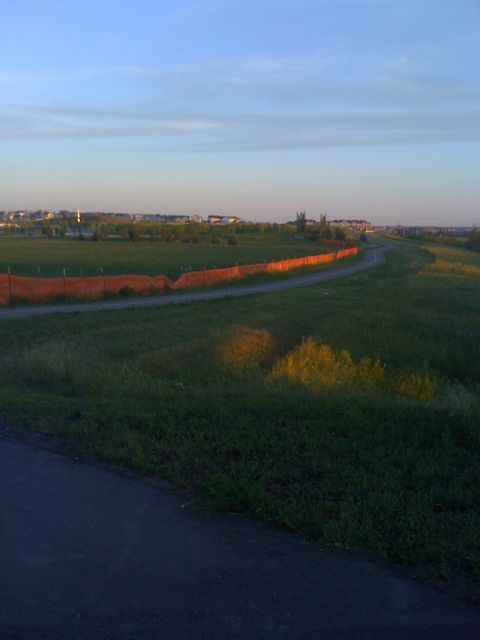 My path home - which turns into the multiuse path alongside 23rd Avenue that Angel & I rode previously on our errand-running-and-exploring jaunt. So this path does also connect suburban neighborhoods with suburban grocery stores, restaurants, shops, and cafes for those who are so inclined.

I passed many people out walking, and a couple of other (teenage male) cyclists. Here is another view of the rec centre under construction: 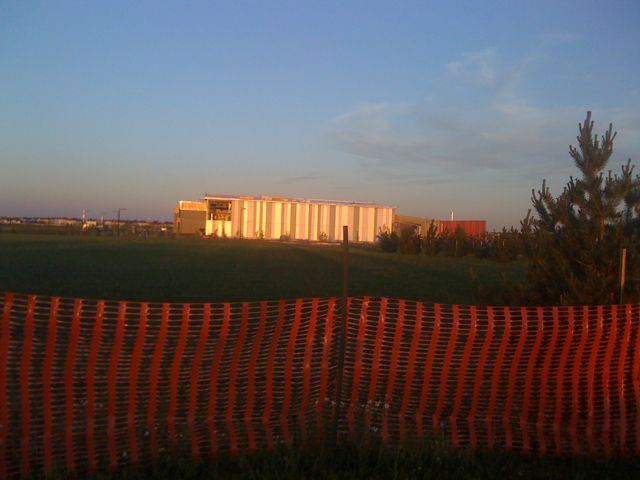 This lighting could almost convince me to put Hardie Plank on the exterior of my home. Almost.
PS - Five doors from home, a guy at a house party on the front porch up the street asked where I got my sweet helmet (the polkadot Nutcase), and said they'd been talking about it ever since they saw me as I was leaving home about 45 minutes before. I guess wearing a silly helmet I've mostly seen photographed on children (like at the Fiets of Parenthood in Portland) is a way to remind people that bikes are fun! Hooray for advocacy through cycle chic!
Posted by Deborah at 7/18/2010 12:37:00 AM