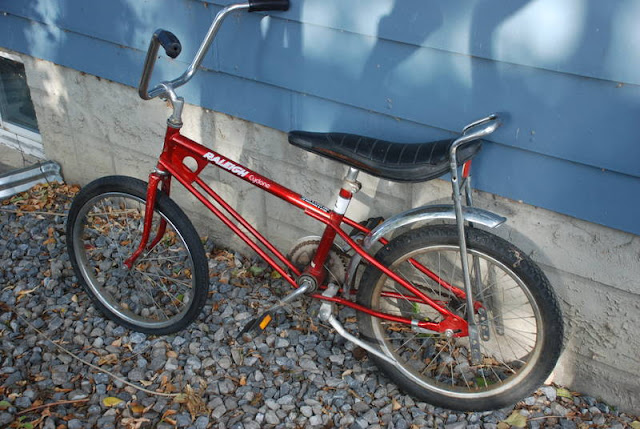 We bought this - for the kids to ride - from a 32-year-old in Fort Saskatchewan who remembers riding it in the mid-70s. The Made-In-Canada sticker (white rectangle above the bottom bracket) means it was manufactured after 1972 at the earliest, since that's when the Canadian factory in Waterloo, Quebec began production.

I haven't been able to find the serial number on the frame - does anyone know where I should be looking?

Based on the above photo from Kijiji, I was expecting it to be child-sized, but it turns out that it's teenager-to-adult-sized. The seat is set about 28 inches above ground level, and could easily go higher - in a pinch, I could ride it (although the front tire needs attention before it can go for a spin). The dark orange paint has inspired a temporary name: Gina. Orange Gina. Get it? Although it looks more like a boy. Gino, perhaps. 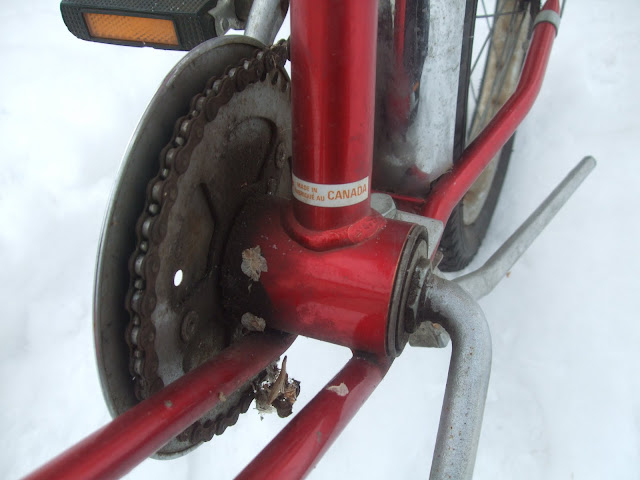 A better view of the Made In Canada sticker. The kickstand is just for looks - a couple of inches too short, so the poor bike falls over when you try to use it. Needs replacement. Also, notice the cotterless cranks.


Canadian-made Raleighs, like the Nottingham-built Raleigh offlabels built for foreign markets, often had names that were used for completely different bicycles that had been made by a company that TI (Raleigh's parent company) had bought out - which can make it hard to find information about them. In the case of the Cyclone, all that comes up in Google searches are references to a 1980s Raleigh(UK) mountain bike. Apparently it was groundbreaking - but it's not the same bicycle at all. 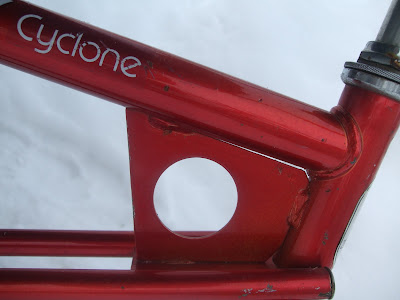 For starters, look at all the visible welds. Tsk, tsk.

The frame architecture of this bike is really similar to the Raleigh Burner or the (also Canadian) Raleigh MX, but with traditional forks and 20-inch wheels instead of BMX ones, and the handlebars, sissy bar, and Troxel pleated vinyl banana seat seen on the Fireball and Rodeo High Risers that Raleigh(America) introduced in about 1966 (pre-Chopper/Fastback) in response to the popularity of similar bikes that had been available from the American manufacturers Huffy and Schwinn since 1963. 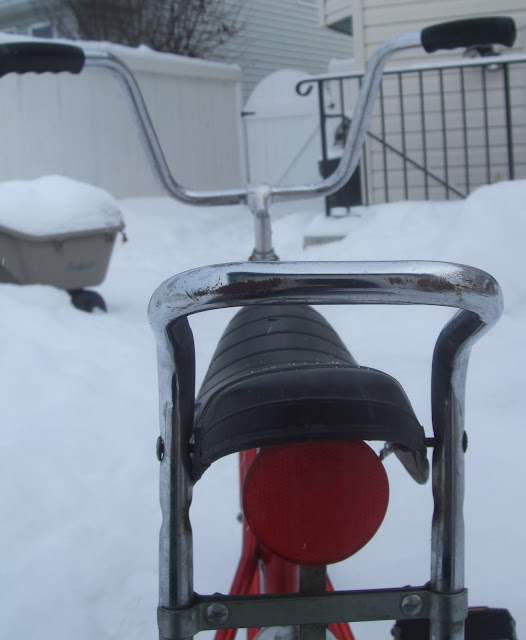 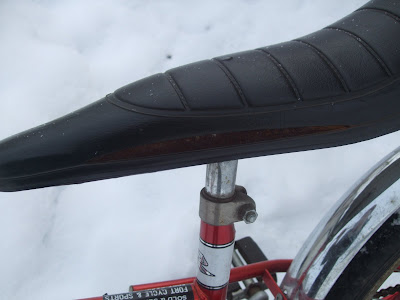 The original seat cover has split on both sides, and that's rusty metal you see. 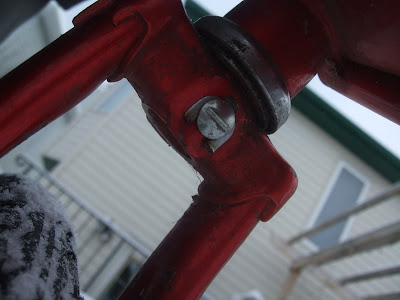 Front forks, with the remnant of the front fender bracket. 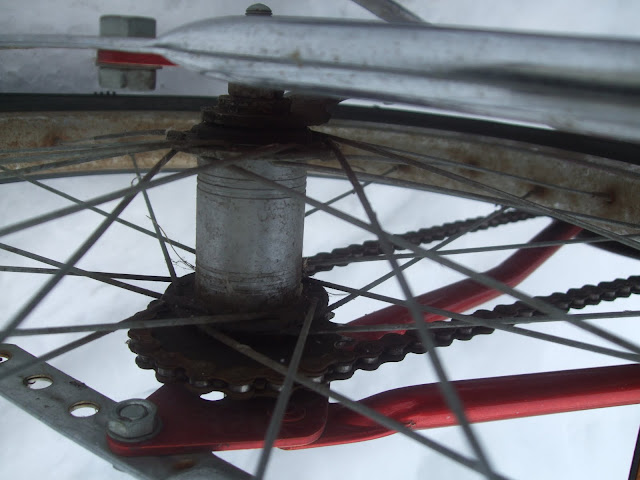 The rear coaster brake hub, in good working order, is (sadly) not a Sturmey... 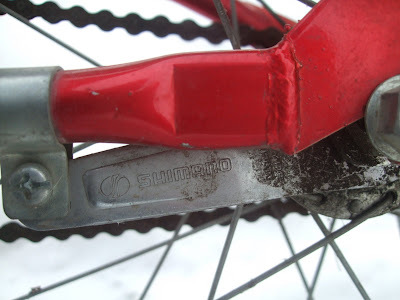 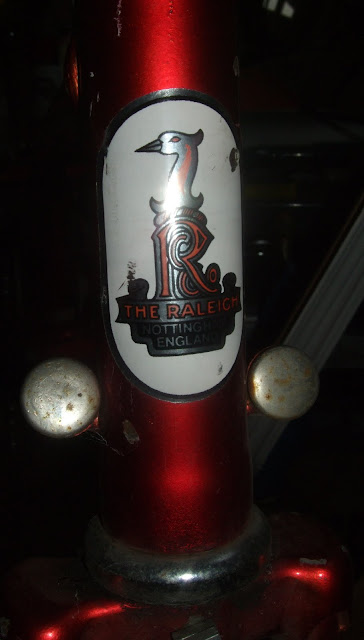 I think it'll clean up really nicely - especially the chrome, which has only superficial rust - and make a really fun ride.

I'd love to hear from anyone else who knows about Raleigh's high risers, or other Canadian-manufactured Raleighs, and hear how this one compares! I bet a few of you have memories of riding bikes like these as a kid...